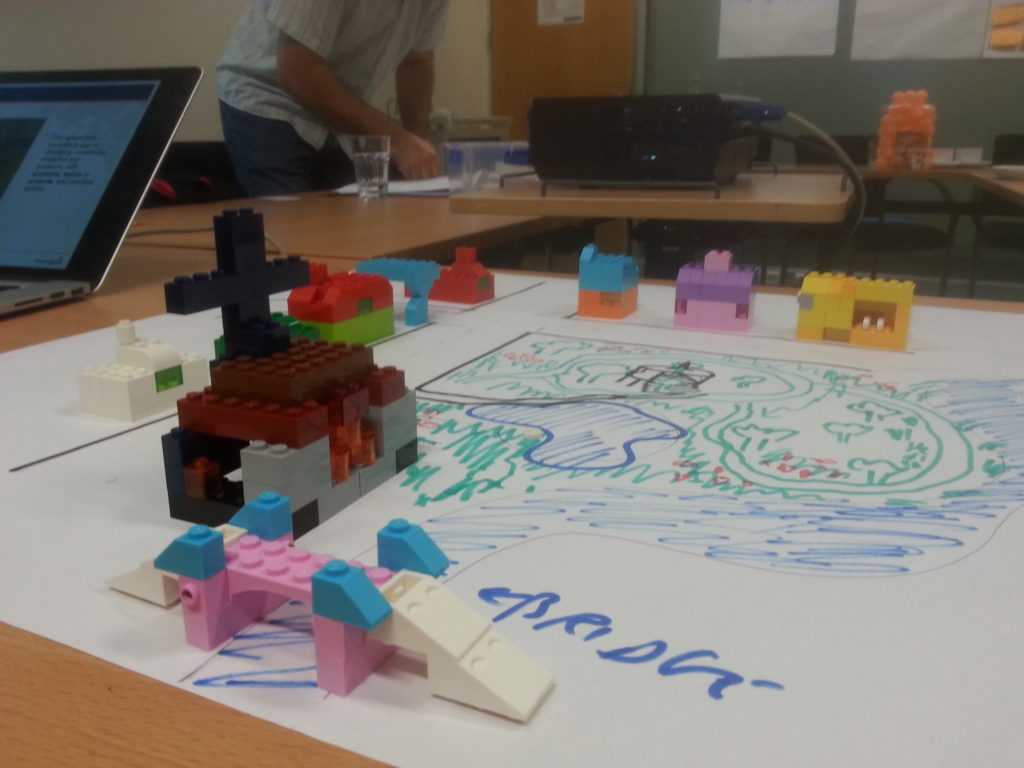 I was recently asked to deliver a one day Scrum workshop that was supposed to conclude with an agile project simulation activity, but there was no specific guidance as to which activity to use. I’ve used several different types of process miniature for agile project management. A few years ago I even wrote one, the Agile (Technique) Hour, with a colleague in the UK, and I use the XP Game with my students. I’ve also found the use of Lego to be a good way to make activities suitably tactile and creative, in particular I’ve used  the latest version of Lego Mindstorms with my my post grad students.

Pondering what to do in the workshop I looked for something that used Lego but was also Scrum-specific. It didn’t take long to find the Scrum Simulation with Lego by Alex Krivitsky. It’s a pretty simple simulation, using the most basic Lego bricks, but works well. The team have to build a city, over three sprints, from a product backlog of story cards provided by the product owner. The best things that came out of our exercise were, I think, the following:

Here’s my team’s Lego city. Note the stained glass window in the church and the wheels in the bicycle shop. Good work team! 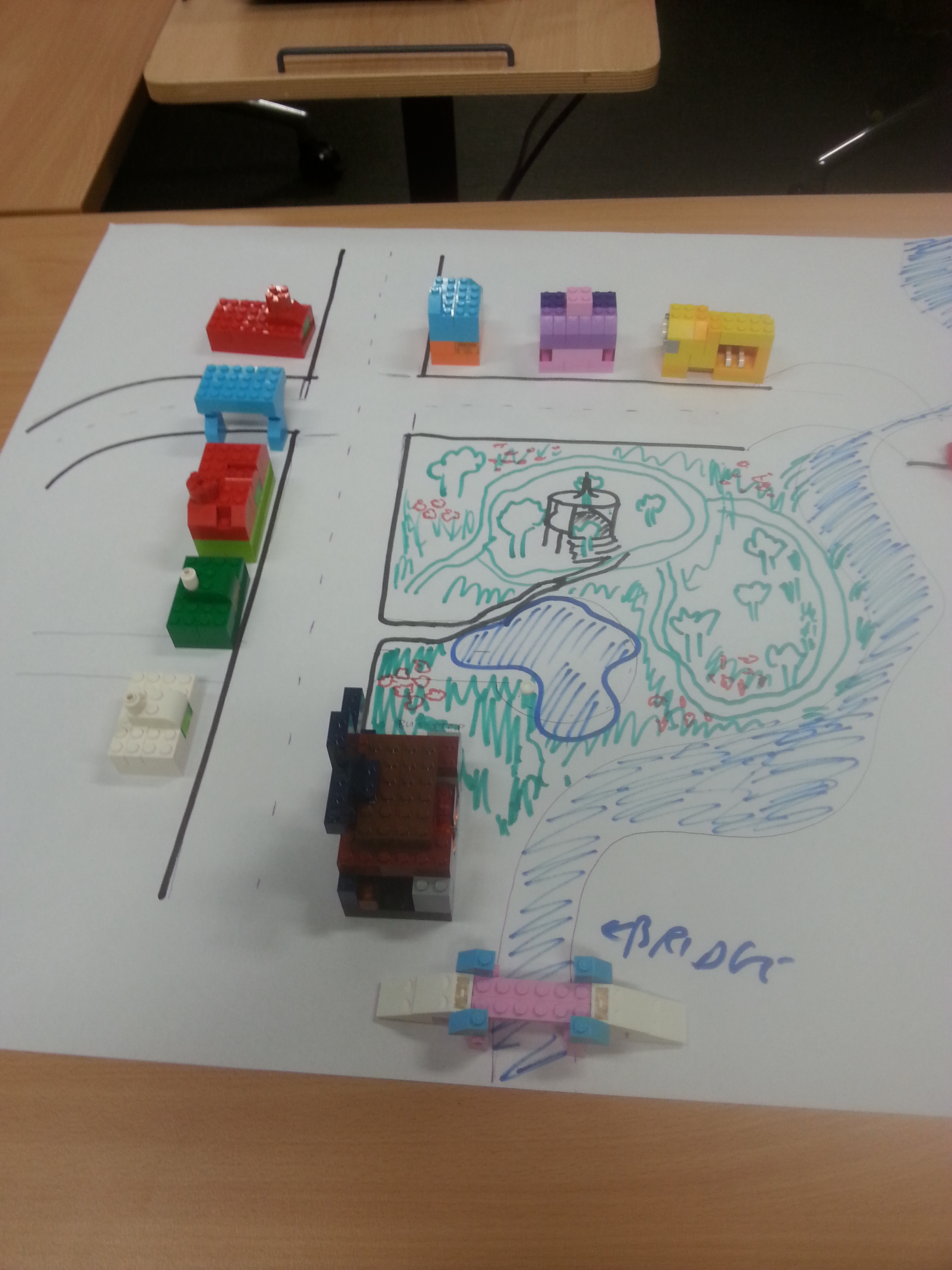 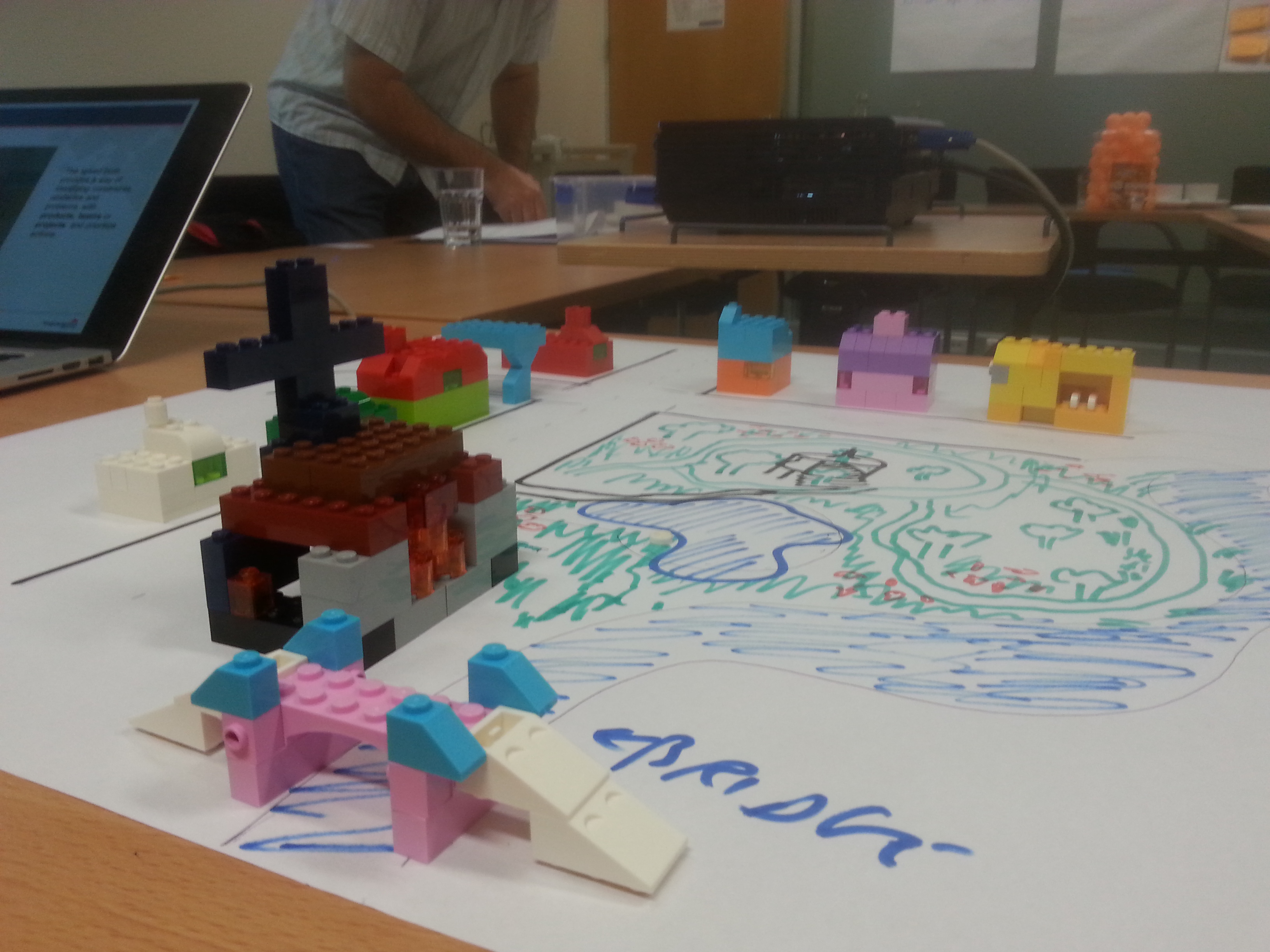 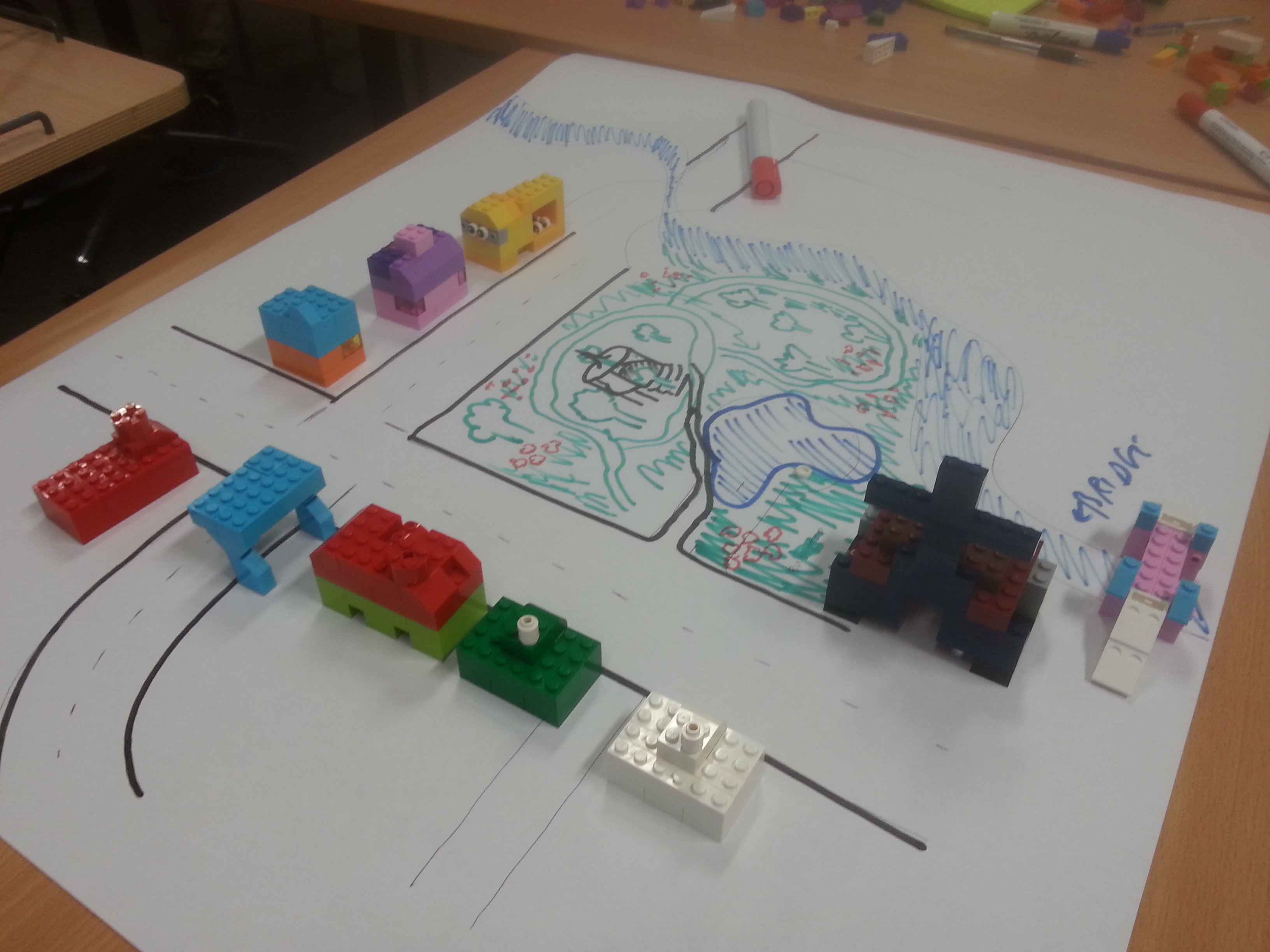