Faking your location – how and why 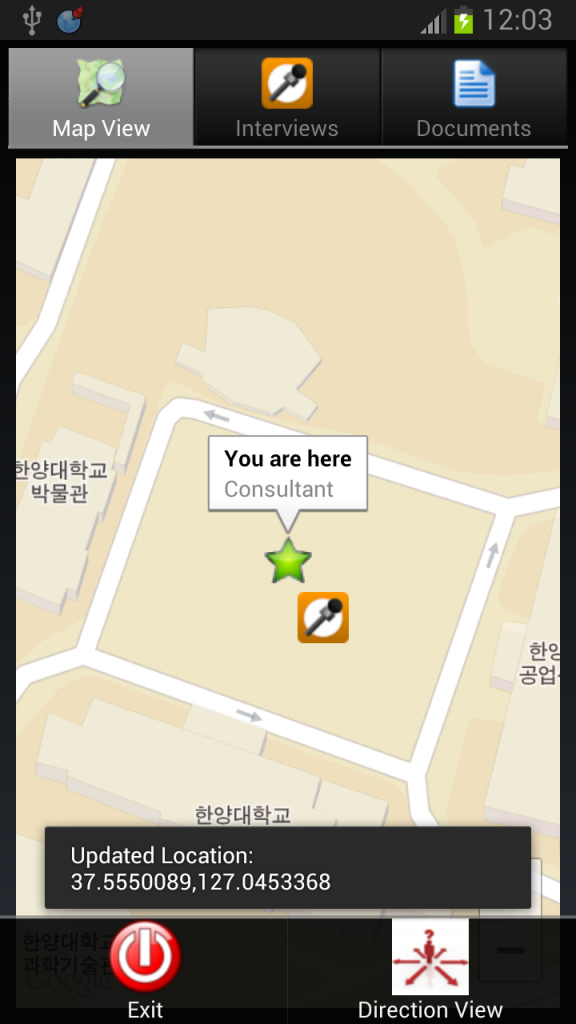 One of the many interesting types of app you can download on your phone is one that will fake your GPS location. There are quite a few of these on the app stores, but they all work in much the same way. If you turn off the network based location services on your phone, but leave the GPS service on, these apps can fool any other app that uses your GPS location into thinking you are somewhere else (and there are plenty of these – think of all those permissions you say ‘yes’ to without reading them every time you install a new app.) When you run a fake GPS app, all you have to do is click on a map of where you want to pretend to be and hey presto, your boss thinks you’re at a client, your partner thinks you’re working late, your accounts department thinks you’re staying in a cheap hotel and your friends think you’re on holiday in the Cayman Islands.

Well, those seem to be the kind of use cases that people suggest on the Web. I had a rather more humdrum requirement. I was updating a mobile learning game that we have been developing for a long time, and converting it to use the most recent version of the Google Maps API. Unfortunately this renders it impossible to test map based apps in desktop device emulators without some rather nasty hacks, which are technically illegal. The only sensible option is to test your apps on a device, but how do I test a location based app when I’m sitting in the office with the phone connected to the laptop through a cable?

The answer is. of course, to fake your GPS location with one of the aforementioned apps. I used ‘Fake GPS Fake Location’ by Andev, but there are plenty of others (with very similar names). First, I ran the app, then just moved the red dot to where I wanted to pretend to be. In this case, I wanted to generate some screen captures of the game being used at Hanyang University in Seoul, Korea, where we had been testing the game, so I positioned the dot there. Here’s what the screen looks like in the Fake Location app. 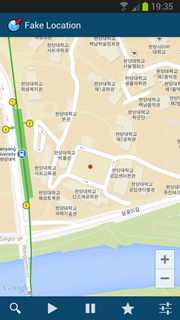 Next, I ran my own app, and it was fooled into thinking I was in Seoul. Here’s my app, running on the device in Auckland, reading the GPS as normal, but getting fooled. 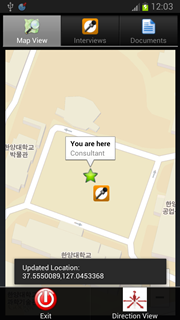 Faking your GPS location may have all kinds of strange and sneaky uses, but from the perspective of testing location based mobile apps it’s a great tool.